Our Home Away From Home

For the last week, Dean and I have had a ball walking down memory lane, visiting family and friends, rediscovering places and landmarks of old, and I never thought I’d describe Townsville as ‘pretty’, but that’s exactly what it is right now.

Arriving a couple of days after some much needed rain (quite a bit actually*), we’ve found ourselves surrounded by a beautiful vista of greenery that we’ve struggled to remember seeing when we lived here.  It’s been five years since the last time I was in Townsville and back in 2011 the city was as dry as a tinderbox and the tiniest of spark would easily have set it ablaze.  All the grass was dead and the colour of wheat, and everyone held their collective breath praying for rain.

To see the city so green is an absolute delight.

After wasting away hours over coffee with and old friend yesterday, we ventured into Anzac Memorial Park, another place inscribed on Queensland’s Heritage Register (together with the adjacent Banyan Trees), and another place in Townsville that I hold dear. 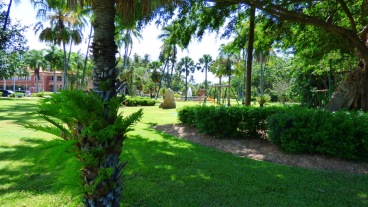 The clocktower memorial, now devoid of the clock 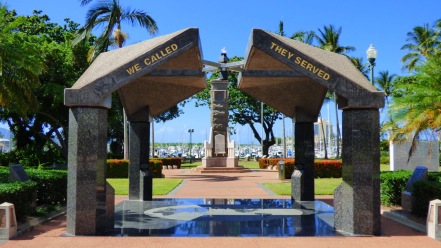 The entrance to the cenotaph 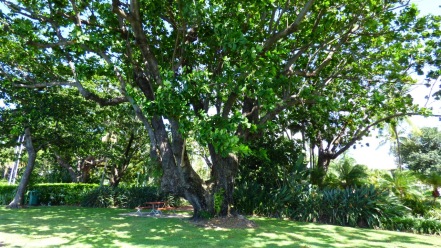 Under one of the Banyan Trees

I have so many happy childhood memories of playing in the Queensland Centenary Fountain.  It was erected in 1959 to celebrate the 100th anniversary of Queensland’s separation from New South Wales, but we didn’t know it’s significance when we ran around the edge, laughing and squealing and jumped in and out of the water.

I didn’t know it’s significance when I allowed my daughters to do exactly the same.

The park holds many happy memories overall including, most importantly, sweet memories of the day Dean and I were married.  We had our wedding photos taken in the park as well as in and around the park’s rotunda.  I couldn’t resist the urge to (attempt) a recreation, although in our original wedding photos I am not sporting rabbit ears.

We have a few more days to enjoy Townsville before we venture north and into the Daintree Rainforest as well as a few other places between here and there.

* January and February, the months that normally herald seasonal rain were very dry, however, during March 549 mm / 21+ inches have been recorded. (See Elders Weather)