Dean and I arrived at Peregian Beach late yesterday afternoon, approx one hour prior to moonrise, the sky was clear of cloud, magnificently magical, and we were ready for the rising of a big red orb.  Sadly, as it sometimes happens, Mother Nature had other ideas and, during that hour we waited, the clouds rolled in, obscuring the horizon, and we then waited an additional 55 minutes past moonrise to get our first glimpse of the Moon.

By that time, the Moon was well above the horizon, still hidden behind clouds, and suddenly, watching crabs seemed like a good idea. 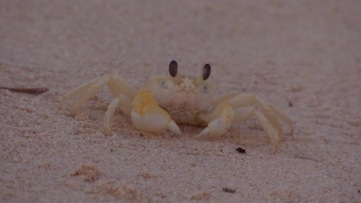 Eventually, after begging Dean to wait ‘just a little bit longer’, we were rewarded by breathtaking views of the Moon as it rose further and out from behind the clouds.  There had been a bushfire nearby and the smoke haze made the Moon look like a huge ball of fire. 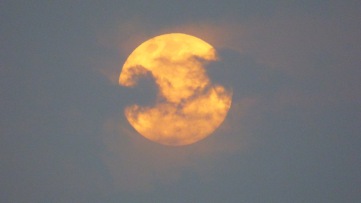 With clouds coming and going, I just kept clicking.  (As I do.) 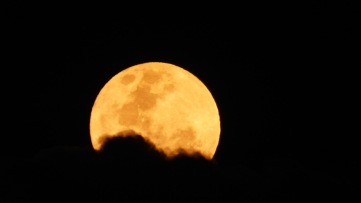 When we finally got home, the orange colour had bleached out, but the glow was amazing.

I’m disappointed to not see the Moon erupting on the horizon, but there is another super Moon next month on December 14.  Fingers crossed the skies will be clear.