Also known as Serenity Falls, this little waterfall is found in Buderim Forest Park, a sub-tropical oasis just a short drive north of the Buderim township and a delight to behold.

The park is only small, covering a mere 45 hectares (111.2 acres), but even so, it’s a little haven of tranquillity.  Setting out from the Lindsey Road entrance, it was like stepping through a doorway into another realm with the sounds of suburbia failing to reach us the entire time we were there.

We had been told the enter from the other side, where the falls can be accessed more easily, but we love bushwalking and couldn’t resist the ‘challenge’ of the longer walk.  That ‘much greater distance’ turned out to be less than a kilometre (0.62 miles), two-thirds of which was along a raised walkway. 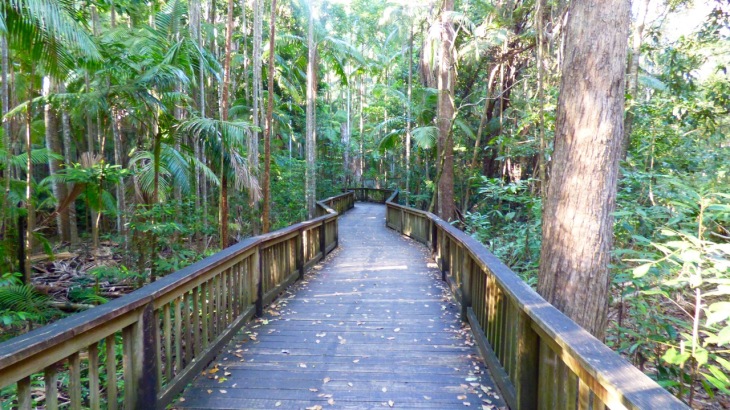 Soon enough though, the platform gave way to a rugged bush track that led up to the waterfall.  There were a few steps to negotiate, but all in all, it was easy going and pleasant with the air full of bird calls and the music of water flowing downstream.

Before arriving at the falls 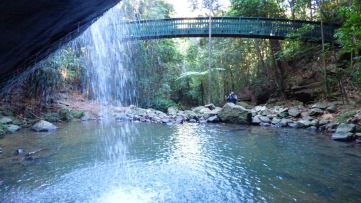 The falls from the other side

Once we arrived at the falls, we then walked up and around to the other side, back down across the bridge, and back the way we’d entered.

I found a few other things to photograph along the way and although we could hear the koalas growling, they were well camouflaged in the trees and remained hidden – much to my dismay.

Sunlight filtering through the palms 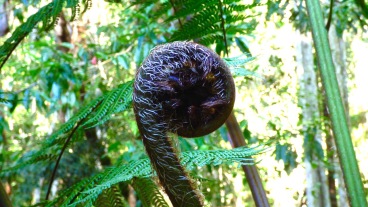 Life despite it being winter 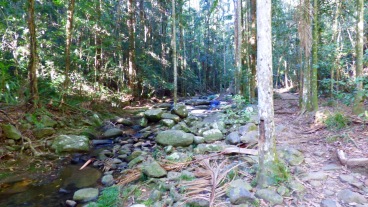 Creek tot he left, track to the right 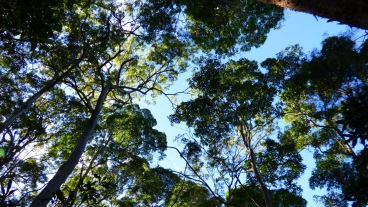 There are koalas up there somewhere 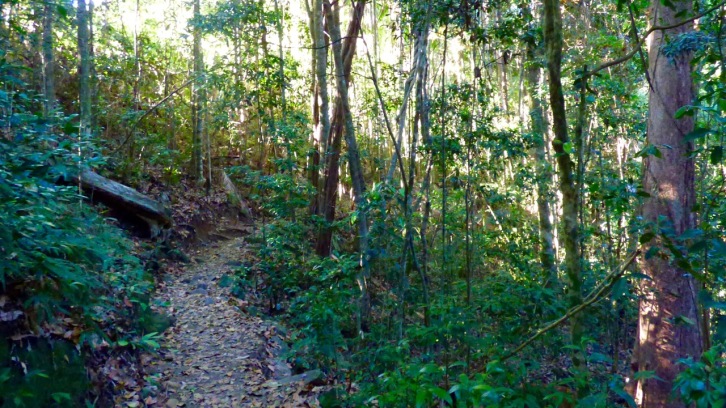 I guess we chose the perfect time to visit as we only encountered two other walkers during the hour we were there enjoying the area.  I was surprised that the sounds of suburbia were prevented from entering the park.  We could have been miles from nowhere when, in fact, we were only a short (five-minute) drive from a busy industrial area and there are residential properties that border the park.

As we arrived back where we’d left the car, I spotted a Fried Egg Tree.

There are no prizes for guessing why that’s the common name for the Gordonia.

There was not a lot of water flowing over the falls, and next time we visit, we’ll do so following some rain.  We were there early and the light was poor, hence my photos are not as good as I’d like them to be.  Perhaps next time.