The term Famous Last Words can refer to the final words attributed to a person before their death or, alternatively, they are said as an ironic comment on an overconfident assertion that may later be proved wrong.

In my case, my famous last words were a statement made crammed full of overconfidence (and a complete lack of foresight) and hence have been proved so wrong they now seem ironically amusing.

What were my famous last words? 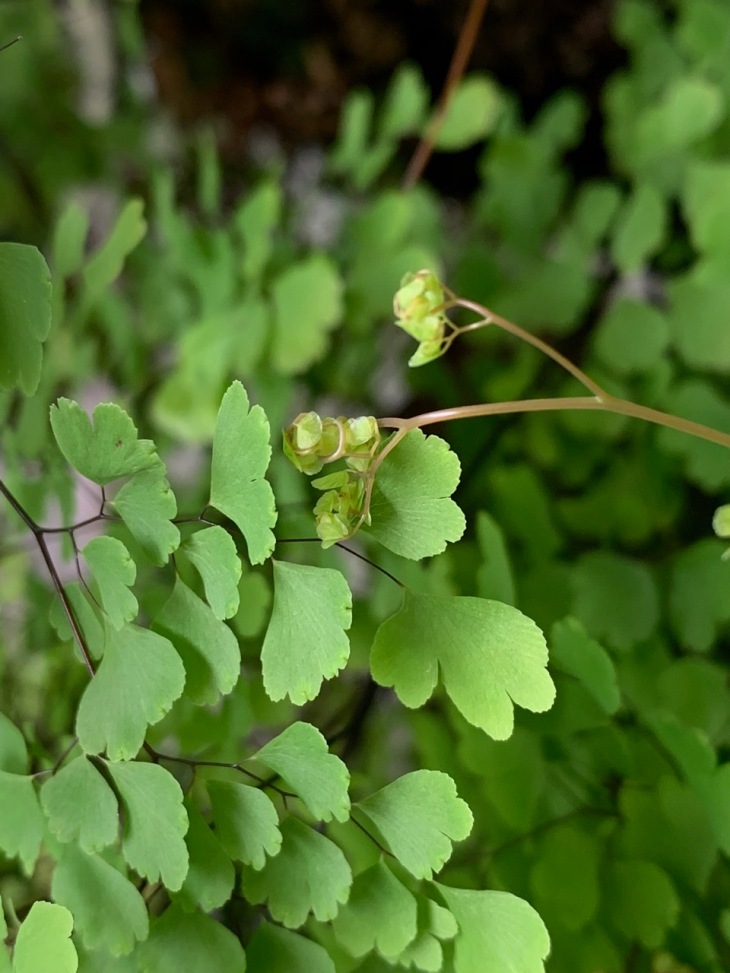 What a load of bollocks!

I have more maidenhair than I know what to do with.

And (if you’ll pardon another pun), to add insult to injury, I’ve only purchased one maidenhair fern and not tried very hard with it.  In fact, I must admit, I nearly killed it by placing it inside the house.  Noticing it was ‘suffering’ to say the least, I relocated it outside, protected from direct sunlight in our patio, and it hasn’t looked back.

That original plant is the large one on the left in the above photo – weaving its way in an around my plant stand.

But I now have maidenhair growing everywhere and all I do is water it – Oh and I did give all of them little fertiliser – Osmocote® – Total All Purpose.  That’s right, I didn’t even use a fertiliser specifically designed for ferns, I used a ‘one size fits all’ food, crossed my fingers, and hoped for the best.

And the results speak for themselves though I must also admit, the other ferns seem to have ‘sprung up of their own accord’ and must have been in with the other ferns when I either bought them or acquired them from friends.

I love these ferns, they are so delicate and gorgeous and, perhaps it’s the weather, but they are all so healthy and (almost) growing as I look at them. 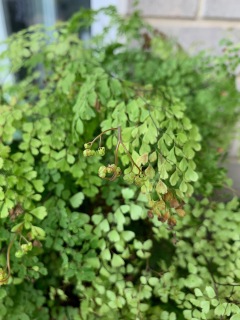 Even as one frond starts to die, another shoot appears 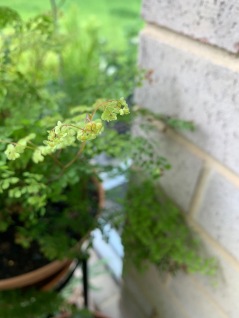 Growth can be seen everywhere 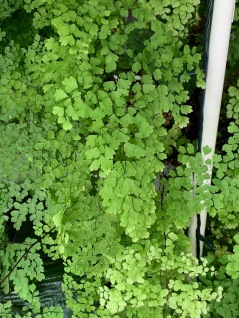 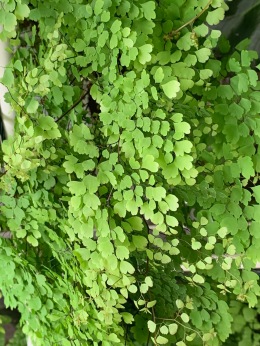 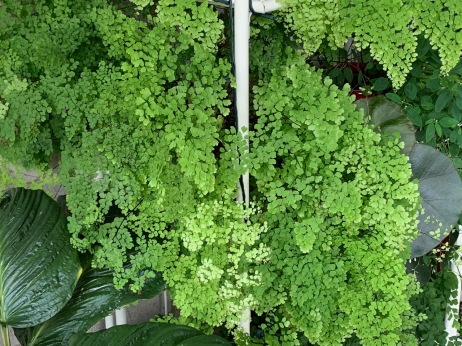 And brightens up the patio so much.